Contemporary musicians often engage in a practice called “sampling,” taking bits and pieces from older songs and blending them into new compositions. The Beatles sampled the French National Anthem in the opening notes of “All You Need is Love.” For you younger readers, Beyonce’s hit “Crazy in Love” from her 2003 debut album “Dangerous in Love” samples a song from the 1970s, “Are You My Woman,” by an almost forgotten group called the Chi-Lites. You probably have your own favorite examples.

Well, it turns out that architects have long practiced sampling. They frequently incorporate older motifs into creative, new designs. As you travel around Charleston, you’ll discover dozens of examples of this “architectural sampling.”

Here are three of my favorites. The first is widely used. The second is ostentatious. And the third one is somewhat obscure.

Let’s start with a really obvious example of “architectural sampling.” It can be seen on Robert Mills’ design for the upper window on his Fireproof Building. That upper window is sampled from a building in Rome. Its defining feature is that it is a segmental arch divided into thirds by two vertical mullions.

The original is seen below. 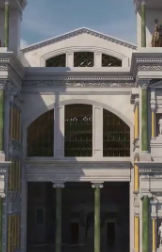 This is the Baths of Diocletian, built in 306 CE. This design has been sampled so often since the Renaissance that it has been given its own name — the Diocletian Window. Mills did a delightful job of tying his Diocletian Window into the windows beneath it, creating a lovely vertical composition. 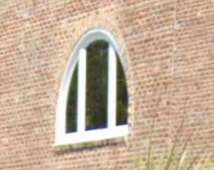 As you can see, it faces the parking lot on the south side of Magnolia’s Restaurant on East Bay Street. And I’d love to know why.

Now for an extravagant example of “architectural sampling.”

The capitals on the Chisolm House at Rutledge and Tradd were sampled from a motif that is very rarely found anywhere in Europe or North America. 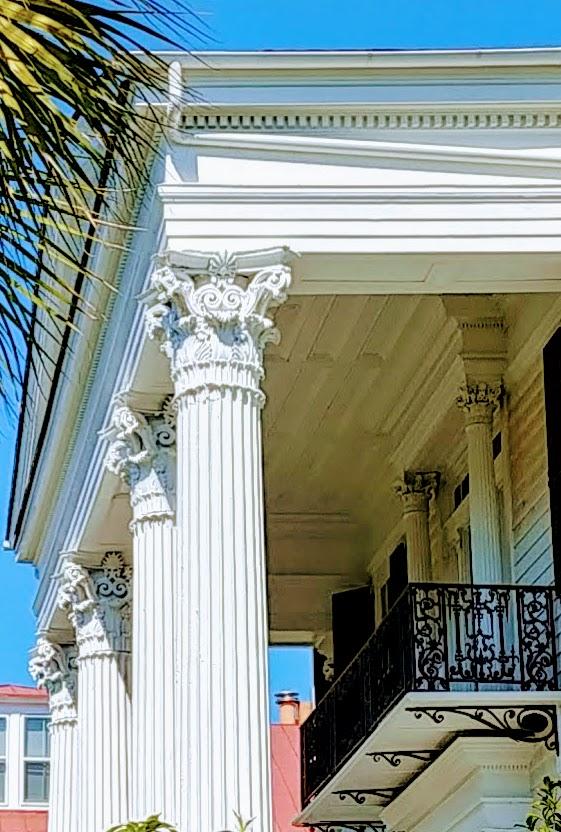 These were copied from a rather diminutive monument, only 33 feet tall, that can be found in the heart of the Acropolis. Erected in 334 BCE, it is the most elaborate version of the Greek Corinthian Order surviving from ancient times. Now badly eroded, here’s what the original capitals would have looked like as sketched in 1754. 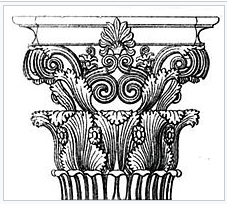 This style was considered too costly and difficult to execute for domestic architecture and too monumental as well. It first appeared on a building in England in 1769, on the Shugborough Estate, which was the property of Thomas Anson, the elder brother of Lord High Admiral George Anson, after whom our Ansonborough neighborhood gets its name.

It was first sampled in America in 1817, on the capitals inside Statuary Hall in the US Capitol Building. From that time until 1857, it was the Chamber for the US House of Representatives.

You would be correct if you called these Corinthian Capitals. But I would bet that Alexander Chisolm took obvious pride in correcting any hapless observer who thought these merely Corinthian. Let’s imagine that he talked like Foghorn Leghorn. If you complimented his Corinthian capitals, he might have puffed out his chest and intoned, “I say, boy, you’re showin’ your ignorance . . . look at me when I’m talkin’ to ya, son. Those are not simply Corinthian capitals . . .  I say, those are exact copies of the capitals on the Choragic Monument of Lysicrates!”

Below is a picture of the Jacobson Building, right across from the People’s Building on Broad Street. The structure has obviously been altered. The upper floors seem to bear no relation to the temple-like entryway. The building dates from 1817. The entryway was added in 1840, by The South Western Railroad Bank. The News and Courier took over in 1872, so you may hear it identified as the Old News and Courier Building. Badly damaged by the 1886 earthquake, the upper floors of the original facade were replaced by stucco covered brick. 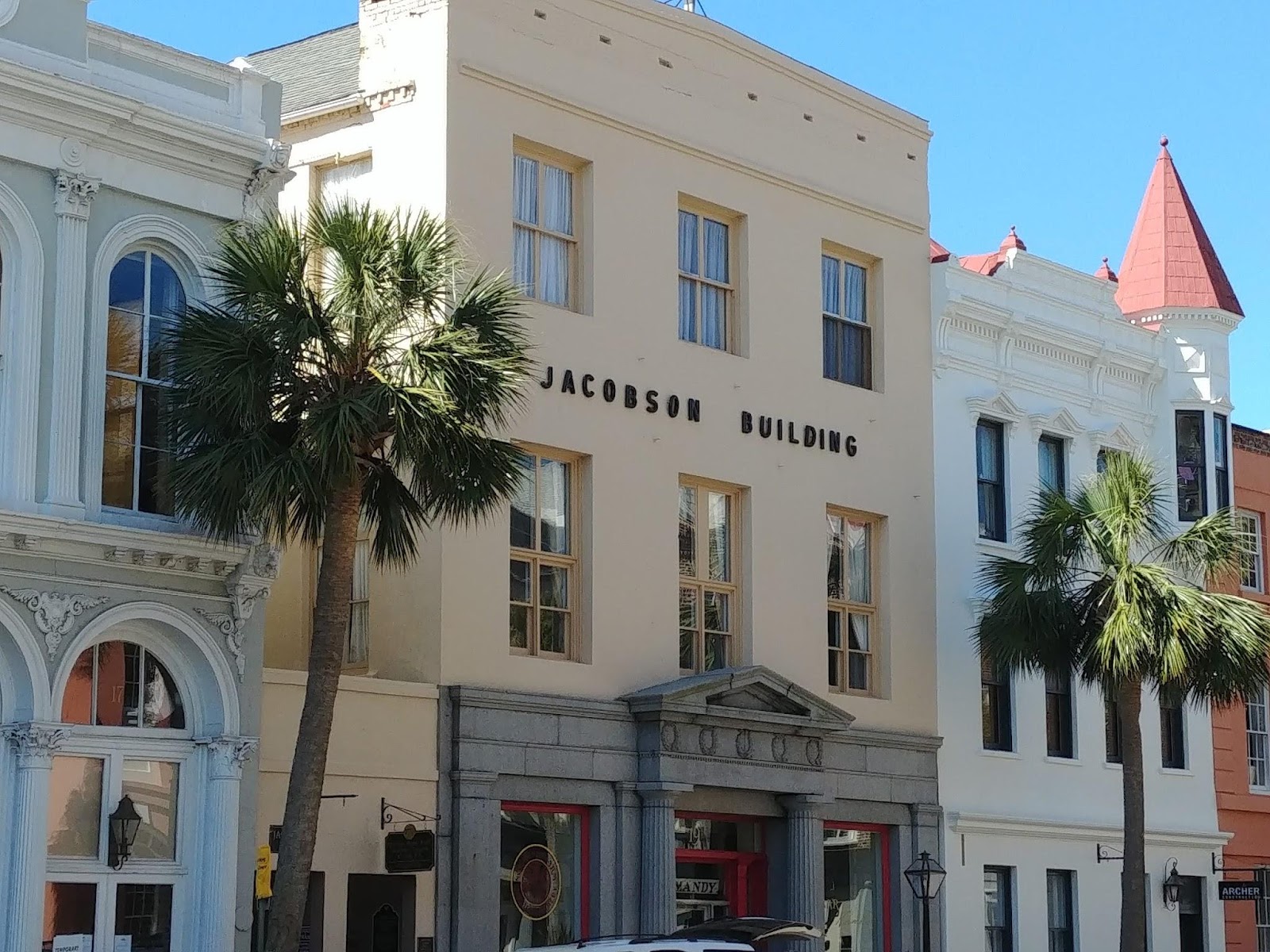 Here’s a closeup view of the entryway. 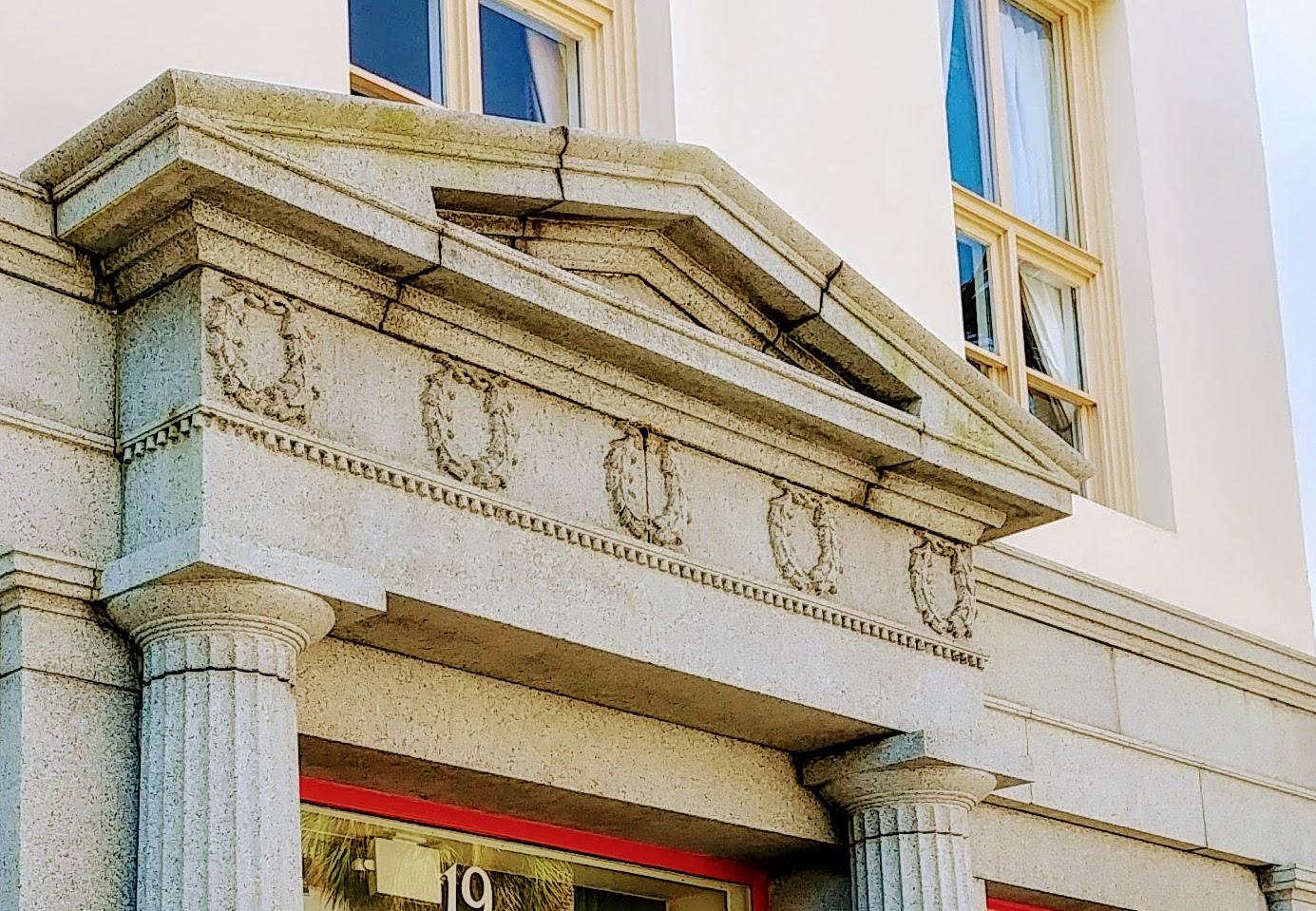 This was sampled from The Choragic Monument of Thrasyllus, built in 320 BCE in Athens. It marked the entrance to a shallow cave on the south side of the Acropolis. Here is a sketch of its original, unweathered entablature: 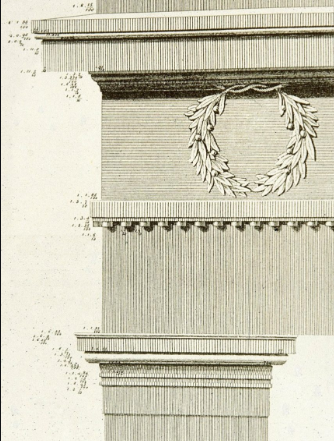 The sample in Charleston is considered one of the most faithful renditions of the Thrasyllus Monument. But what I find most interesting is that this same motif was sampled in 1920 by the architect Henry Bacon for a monument in Washington, D.C. that has become one of the most beloved and frequently visited sites in the world. Here’s a closeup: 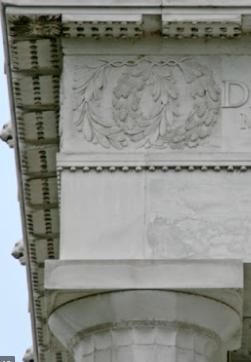 This, my friends, is the entablature on the Lincoln Memorial.

Like what your read? More posts by Van can be found here.

Cannot get other user media. API shut down by Instagram. Sorry. Display only your media.